Every area of green space within a town or city will have it’s own particular history. However, in a general sense, it’s probably true to say a specific site’s continued existence will be down to one of three reasons: it’s a cherished survivor, it’s hung on by chance, or it’s been deliberately created in a spot that was previously home to something else.

Camley Street Natural Park falls into the latter category, although in spring and summer, when the woods and wetland plants are at their most prolific, it’s hard to imagine that the place hasn’t always been this way. 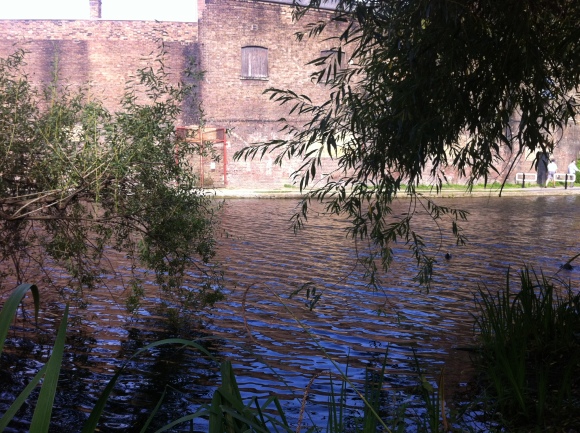 In fact the park is less than thirty years old. In 1984 the site was part of a disused coal yard, which had once served the Midland railway and before that the Regent’s Canal. A series of photographs in Camley Street’s visitor centre show the extraordinary transformation the two acre site has undergone. In under three decades the place has changed from inner-city industrial wasteland to an area of small scale meadow, woodland and marsh that is home to some three hundred different plants, which in turn attract all kinds of insects, including  butterflies, mammals and bird life.

I remember first noticing Camley Street in around 1994 from the canal towpath. Back then if you were walking east from Camden towards Battlebridge Basin as you entered into the sharp bend just past St Pancras Lock, you’d get an unexpected glimpse of what could almost have been a scene from a Constable painting – moored narrowboats bobbed on the water, with an area of trees behind them and beyond a distant spire that looked as though it might belong to a country church. In reality you’d have been looking at the clock tower of St Pancras station. At that time you’d also get a view of the magnificent Victorian gas holders that used to stand in the area between York Road and the back end of Kings Cross.  I used to imagine that they were giant crowns – the lost relics of a bygone age; the kind of thing Frodo and Sam might have stumbled across out in the wild as they walked towards Mordor. 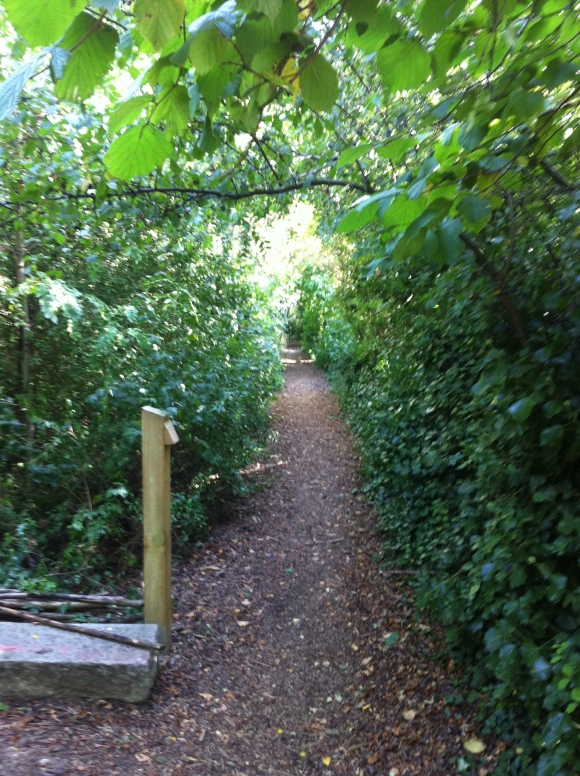 Above all I was intrigued by the wooded area to the south on the opposite side of the canal. This of course turned out to be Camley Street. When I eventually worked out how to get inside – finding your way there is a lot easier now – I couldn’t stop smiling.

Since then, with the benefit of another twenty years growth and hard work from the London Wildlife trust and their volunteers who look after and manage the park, it’s an even richer experience. Plants and ponds are more established, while the coppiced wood areas appear to be flourishing. All this in a two acre space that lies smack in the middle of the largest development project in western Europe.

Camley Street is pretty well known and it’s hardly hidden away, with new signposts from the refurbished King’s Cross and St Pancras stations pointing the way to anyone in search of it. Yet, being there still feels special, as if you’ve managed to play truant from the pressure and bustle of the rest of London, sloping off to a little urban oasis, tucked away discretely, but delightfully, between the revamped King’s Cross, the canal and the High Speed 1 railway lines that race out from St Pancras. 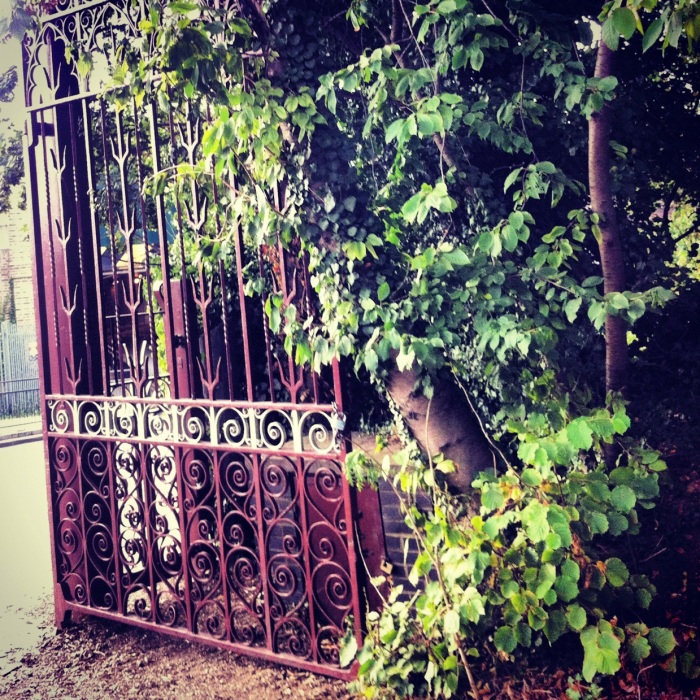 How Camley Street brought nature to the heart of the capital

7 thoughts on “The oasis round the back of the station”