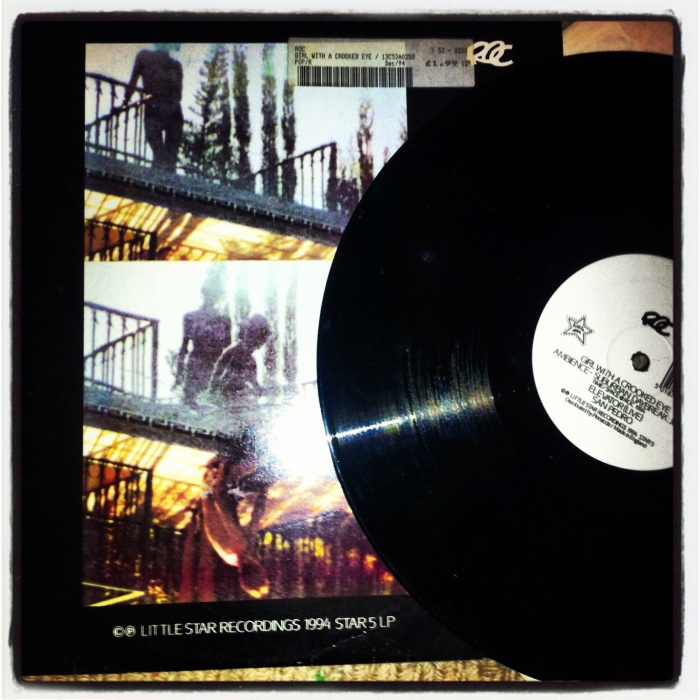 For radio listeners and music lovers of a certain age, John Peel is a towering figure. Listening to his shows introduced me to myriad musical gems I’d never have discovered by myself. He also played some stuff that felt more like sonic pain than music, but it was never dull.

During Radio 1’s Smashy and Nicey era his late night programmes were a small chink of light in the darkness, all emanating from someone who so absolutely relished sharing these wonderful records.

Fortunately his spirit lives on in Radio 6 – it took a whole station – and now you can explore his personal record collection online.

It’s a lovely site, looks great and is very easy to find your way around. The A’s are up and ready for a listen. You can also listen to clips from old shows, read a blog and watch home movie footage.

At home I still have a tape of one of Peel’s programmes from some time in the early 90s where he introduces a song called ‘The Girl with the Crooked Eye’ by a band called ROC.

I became a little bit obsessed with it, mainly because I liked it – I played it repeatedly for a few days – but also partly because I was convinced Peel had chopped the end off and I had to hear the missing seconds. Eventually I tracked down a 12”, which sounded exactly the same as the Peel radio version. In fact it never seemed quite as good without his intro.

Years later, after John Peel had died, I was watching a gig in a pub in Brixton when the band started to play what I thought was a cover version of ‘The Girl with the Crooked Eye’. It seemed a puzzlingly obscure track for a pub band to cover, until I realised that this was in fact ROC themselves. I smiled to myself and thanked Peel once again for the introduction.

Update 16/05/12: Rather well informed and witty review of the first 100 albums from the John Peel collection here: http://thequietus.com/articles/08697-john-peel-collection-record-review

And if you’re really obsessive about it, here’s another on the Cs, just the Cs that is: http://thequietus.com/articles/08799-john-peel-record-collection-everett-true