Stamford Hill Motors is not the most romantic of destinations, but I always feel a frisson of excitement when I have to go there. I used to live nearby but no longer, so the annual MOT has become an excuse to visit one of my old North London haunts. It also gives me a legitimate reason to simply hang out in Stoke Newington for a couple of hours – the first part of London I lived in when I arrived back in 1994. Church Street has changed considerably. No Vortex Jazz, instead a Nandos. The Samuel Becket pub is a far glitzier looking affair than the shabby, paint-peeling place of old. The beautiful, double-gabled pub halfway along the road – once the Magpie and Stump, then the Stoke Tup and for now The Red Lion, but at least it’s still a pub. Miraculously a couple of second-hand record stores and bookshops are clinging on, but on this visit I’m going to pass the time in Abney Park, one of London’s ‘magnificent seven’ garden cemeteries. Despite the fairly obvious paths, I manage to get very slightly lost as I accidentally walk widdershins around within the walls. 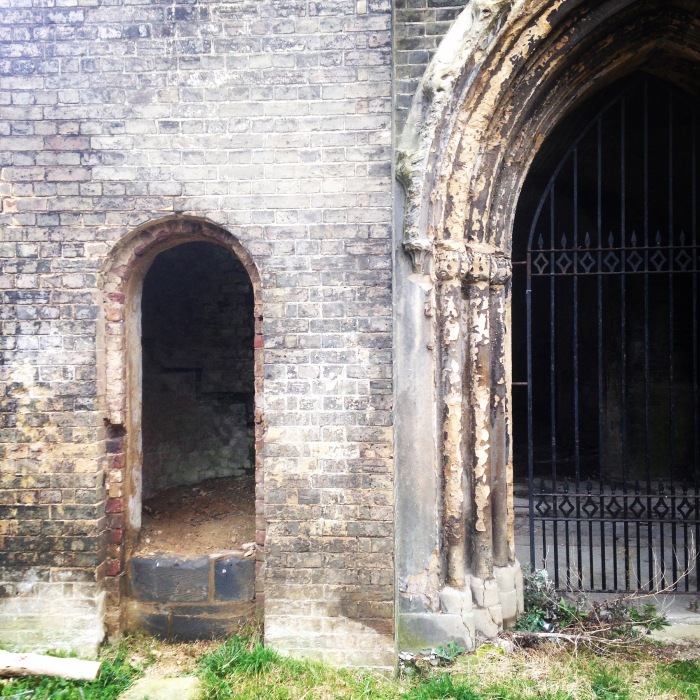 There are a few other people around, parents with young children, French girls photographing leaning headstones, dog walkers and a few still-seated lone men who may be bird spotters, or may be after something else. Stepping in here almost instantly replaces the soundtrack of the city – traffic, planes, a thousand conversations, with bird calls and birdsong. Within seconds of entering I saw, or heard, Blackbirds, Great Tits, Blue Tits, Crows, Robins, Dunnock and Magpies. There was also a magnificently angry-looking pigeon staring out of a ruined window in William Hosking’s Gothic chapel, which remains beautiful even in its near derelict state. 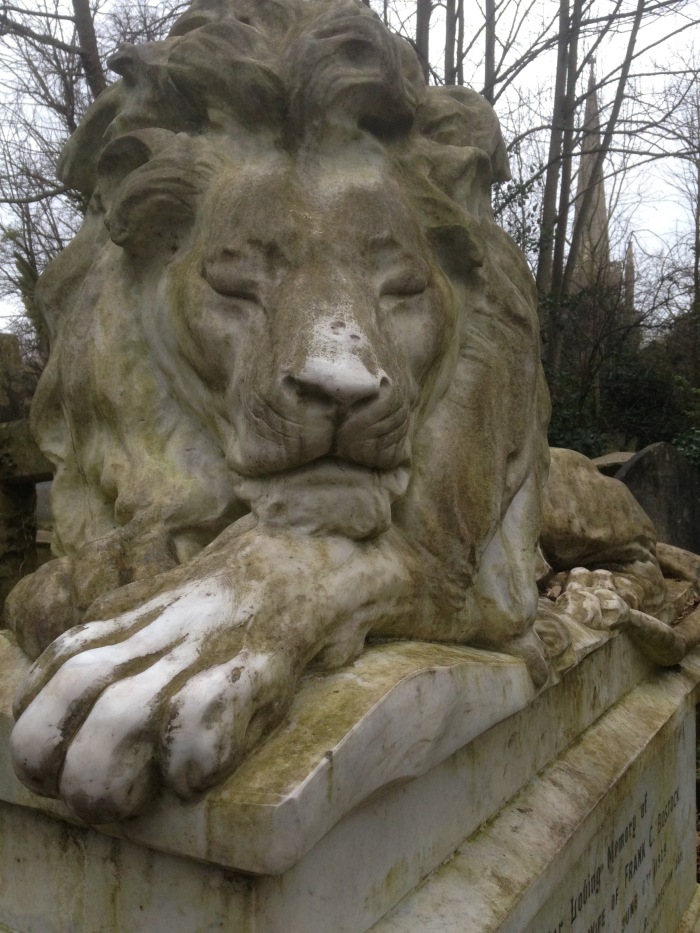 Mostly though I feel alone, despite being surrounded on all sides by streets and houses and shops and cars, it is very quiet here amongst the tangled plants and late to autumn trees. 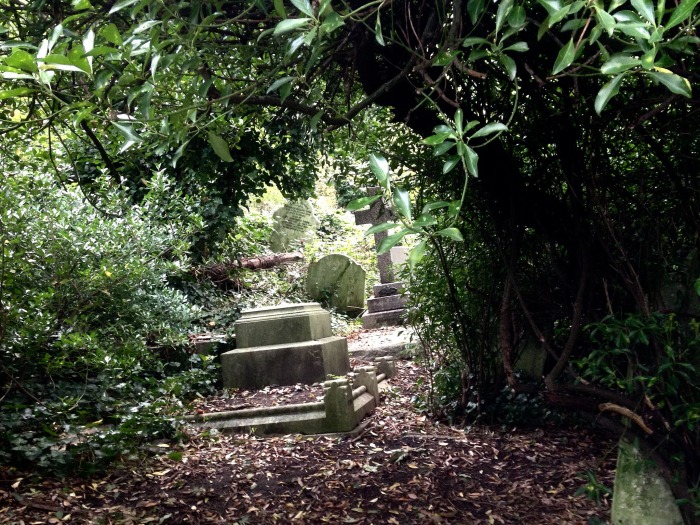 I amble about, wishing for profundity, but instead I picture Andrew Graham Dixon mugging for the camera with fake blood and Dracula teeth and start to feel anxious that I might have to shell out for new tyres.