I recently read Peter Ackroyd’s London Under. A kind of subterranean coda to the author’s magnificent London the Biography, the book provides a tantalising glimpse into the world beneath the city; from well known structures such as Joseph Bazalgette’s sewers and the Tube, to better hidden examples like the catacombs of Clerkenwell’s House of Detention and the network of passages and chambers beneath central London that radiate out from Whitehall.

Reading the book reminded me how easy it is to fail to notice specific sites we pass by regularly. Being unaware of man-made passages beneath our feet is one thing, but ambling about, preoccupied with the stuff of everyday life, I’ve often missed intriguing places that in retrospect were really quite obvious.

In Prague a few years ago I wanted to visit the casemate at Vysehrad – a series of vaults and corridors beneath the site of a 17th century fortress on the hill. We arrived at the supposed entrance and couldn’t see any way to get inside. Disappointed I leant against the wall of the bridge we were standing beneath only for it to move. A large iron studded door creaked open behind me. We peeped in and saw a man sitting behind a desk reading a newspaper. He looked up and asked if we had come to see the Casemate.

Viewing the place from the perspective of a time-pressed western tourist, I’d been expecting to find queues and signs indicating the ‘attraction’ I wanted to visit. Thankfully at that time Vysehrad was far more discretely managed and we benefitted from a personal torch-lit walk through a vault called Gorlice – where soldiers used to assemble – to a large under lit chamber where some old and weather-worn statues from Charles Bridge are stored, like petrified, silent versions of the real men who once gathered nearby.

More recently I’ve failed to pay proper attention to an intriguing mound in Ely’s Cherry Hill Park. Ely is somewhere I have been fairly often, as my sister-in-law lives there. Until my last visit, I’ve tended to amble through the park, noting the horses in the adjacent field, along with the unmissable cathedral, but not ever really registered the strange, tree-covered little bump in the landscape. 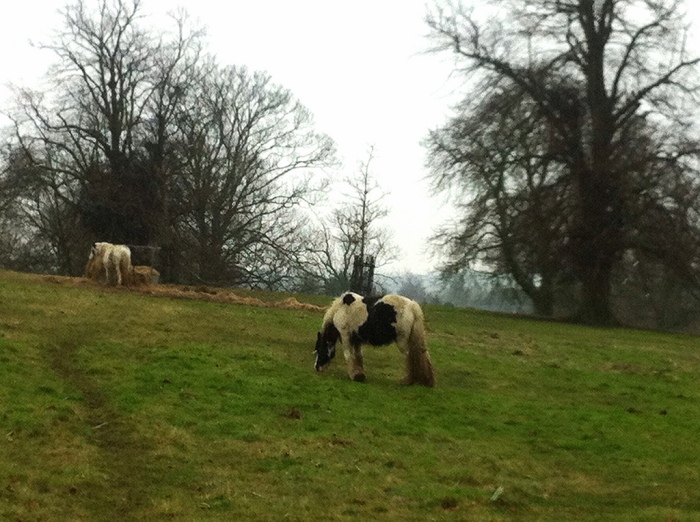 On my last visit I finally clocked the mound properly and began to wonder what it was – just a random hill, a medieval rubbish dump? In a famously flat and unhilly part of the country it literally sticks out.

I asked my sister in law if she knew anything about it. As far as she knew the mound was the Cherry Hill that gave the park its name. A little further investigation revealed that Cherry HIll was also possibly the site of Ely Castle – a motte and bailey – built by William I with the intention of stamping his authority on the Isle of Ely’s recalcitrant locals.

Speculation regarding the exact purpose of the castle has inevitably tied it in to the story of Hereward the Wake and local resistance to the Norman occupiers, but there seems to be no definitive historical evidence about who built the fortification here, when or why.

An uncertain history is always manna to a writer, and Paul Kingsnorth has recently published a novel called The Wake that is set during this period and concerns events after the Norman invasion and occupation of England. The Wake can be found at http://unbound.co.uk/books/the-wake

If you find yourself in the area, Cherry Hill/Ely castle/ancient dump, whatever it is that I repeatedly failed to notice, is just one element in a pleasingly dramatic landscape. Close-by is the impressive Ely Porta – a three-storied gatehouse, while across the fields looms the great bulk of Ely Cathedral itself, which dominates the surrounding countryside. 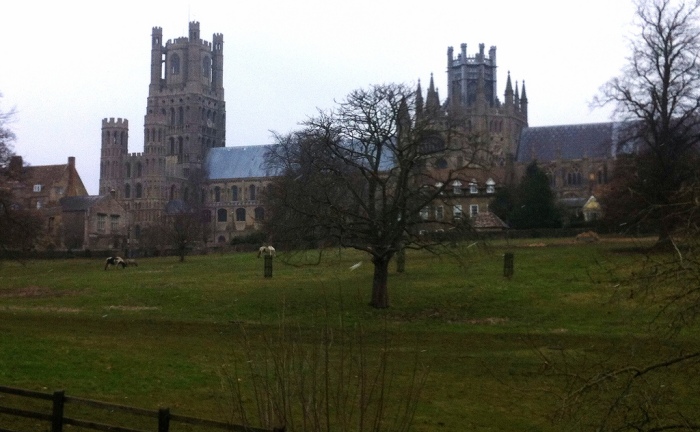 A great way to get a feel for Ely is by following the city’s Eel trail created by artist Elizabeth Jane Grosse. The trail was commissioned to mark Ely’s pride at its connection with the mysterious Eel itself – creatures that are still caught locally in the Great River Ouse. A series of sculptures dotted through Ely represent different stages in the life of an eel and culminate with a giant-scale eel hive in Cherry Hill park, a structure that’s large enough to be walked through. 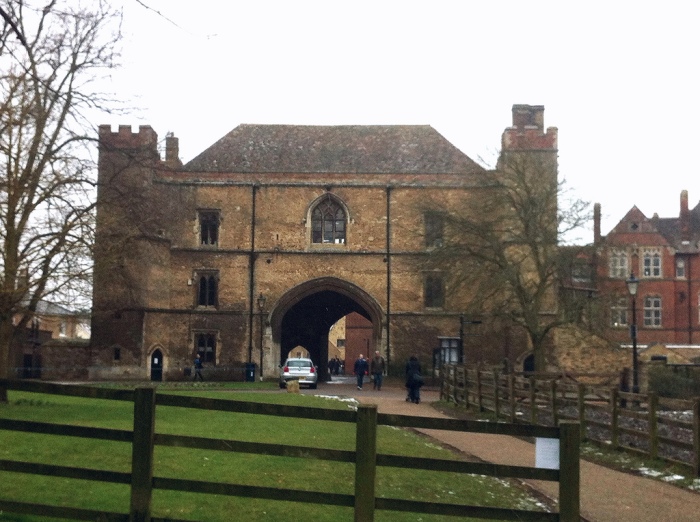 Ely is also lucky enough to be home to a rather excellent bookshop – Topping and Company http://www.toppingbooks.co.uk/ , which when you have had enough of ancient monuments and eels affords a different way to wile away time in the small city.

As for Cherry Hill, this small hump in a flat land has reminded me that wherever you find yourself – especially in a country that has been continuously occupied for as long as England – it’s worth remembering that local landmarks and distinctive places are not always immediately obvious to the casual observer. I’ll be keeping my eyes open, because who knows what lies beneath or even alongside us as we wander by.

The Wake by Paul Kingsnorth